Supreme Court, Ketanji Brown Jackson, Susan Collins
Save for Later
From The Center 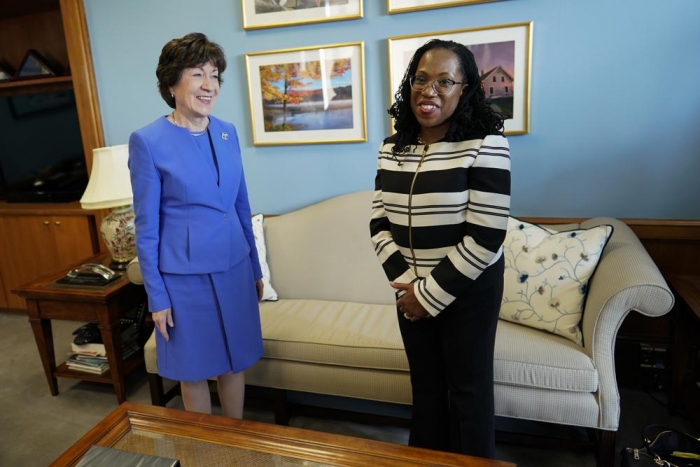 Maine Sen. Susan Collins said Wednesday she will vote to confirm Judge Ketanji Brown Jackson, giving Democrats at least one Republican vote and all but assuring that Jackson will become the first Black woman on the Supreme Court.

Collins said in a statement that she met with Jackson a second time after four days of hearings last week and decided that “she possesses the experience, qualifications, and integrity to serve as an Associate Justice on the Supreme Court.”

“I will, therefore, vote to confirm her to this position,” Collins said.