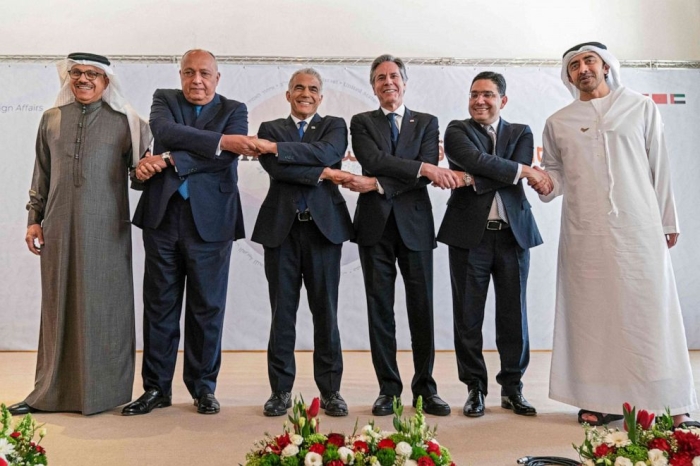 Out here in the Negev desert, the Israeli government says, history is being made.

Israeli Foreign Minister Yair Lapid hosted for the first time on Israeli soil the foreign ministers of four Arab countries that now have close ties with the Jewish state -- a new reality for a region realigned in recent years, especially by the threat from Iran.

AllSides Media Bias Rating: Lean Left
You disagree.
Thank you! Community votes alone don't determine our ratings, but are valuable feedback and can prompt us to do more research.
106307/83984