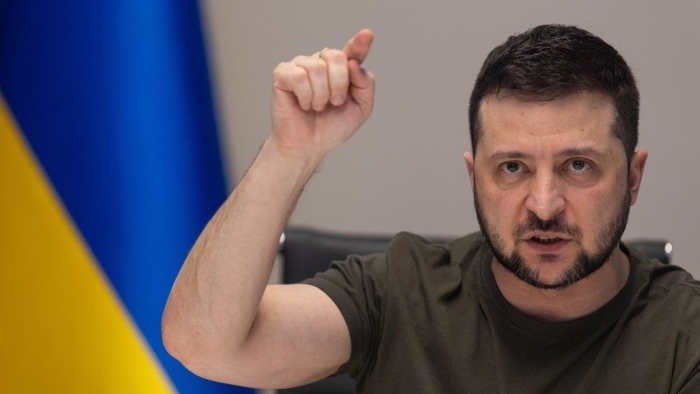 In an interview with independent Russian journalists, Volodymyr Zelensky said any such deal would have to be put to a referendum in Ukraine.

He has made similar comments before, but rarely so forcefully.

The news comes as the negotiations between the two countries are set to resume this week in Turkey.

"Security guarantees and neutrality, non-nuclear status of our state. We are ready to go for it. This is the most important point," Mr Zelensky said in the 90-minute video call.

Neutrality means a country does not ally itself militarily...