‘Oh, These Are Little Kids’: Trucker Convoy Went to a School to Teach Freedom

Coronavirus, Freedom, Vaccine Mandates, People's Convoy
Save for Later
From The Left 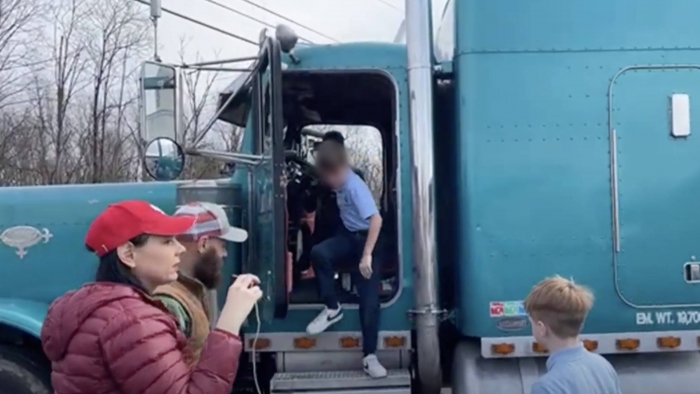 A number of drivers from the trucker convoy protest made their way to a nearby private Christian school Thursday to show off their big rigs to the children.

Several popular convoy livestreamers filmed themselves and young students at the Baptist school in Hagerstown, Maryland—where the ill-defined trucker protest has made their homebase for the last few weeks—climbing around their big rigs and blaring horns.

“Oh, these are little kids!” said one of the livestreamers upon rolling up. “I thought it would be teenagers and stuff, but these are kindergartners and such.”