State Department, Madeline Albright, Foreign Policy, Politics
Save for Later
From The Center 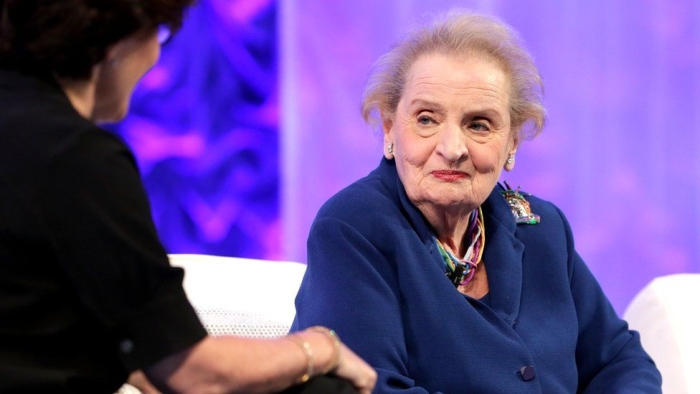 Madeleine Albright, a Czech immigrant who went on to become the first female secretary of state in US history, has died aged 84.

Often hailed as "a champion of democracy", Albright was instrumental in efforts to end ethnic cleansing in Kosovo.

Her death from cancer was confirmed by a State Department spokesman.