Climate Change, Wildfires, Disaster, Environment
Save for Later
From The Center 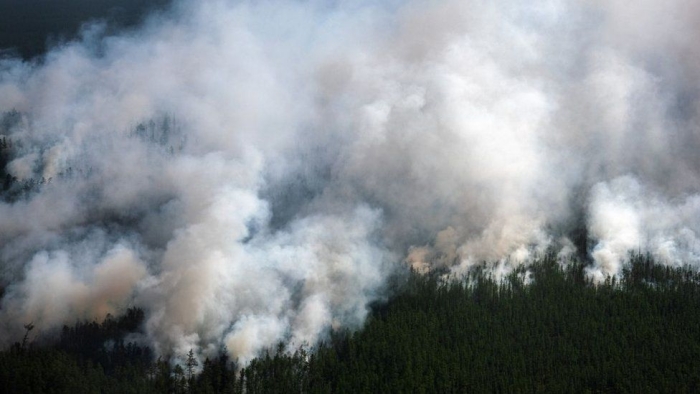 The dense plumes of wildfire smoke seen in recent years are contributing to the warming of the Arctic, say scientists.

Their study says that particles of "brown carbon" in the smoke are drifting north and attracting heat to the polar region.

The authors believe the growing number of wildfires helps explain why the Arctic is warming faster than the rest of the planet.

They're concerned that this effect will likely increase.

Over the past decade, smoke from raging wildfires in Australia, Portugal, Siberia and the US have changed the colour...

As Federal Climate-Fighting Tools Are Taken Away, Cities and States Step Up
New York Times (News)

As Federal Climate-Fighting Tools Are Taken Away, Cities and States Step Up
New York Times (News)

Analysis
A week of highs: See where climate change made heat worse in America
Washington Post

Analysis
The SEC did a sensible thing on climate change. A right-wing campaign is trying to kill it.
Vox