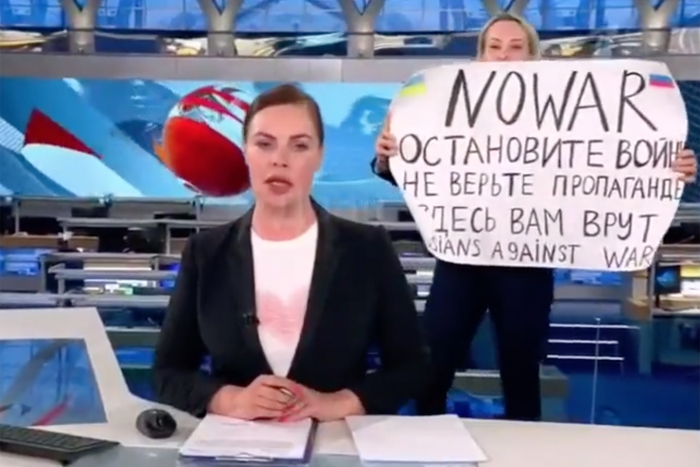 An anti-war protester stormed into a Russian news studio during its live evening broadcast Monday to warn citizens that they have been lied to about the invasion into Ukraine.

The female demonstrator burst into frame holding a sign that read “Stop the war. Don’t believe propaganda. They’re lying to you,” in a mix of English and Russian while Channel One news anchor Ekaterina Andreeva was reading the news, according to The Express.