World, Ukraine War, Ukraine, Russia, Airstrikes, Television
Save for Later
From The Right 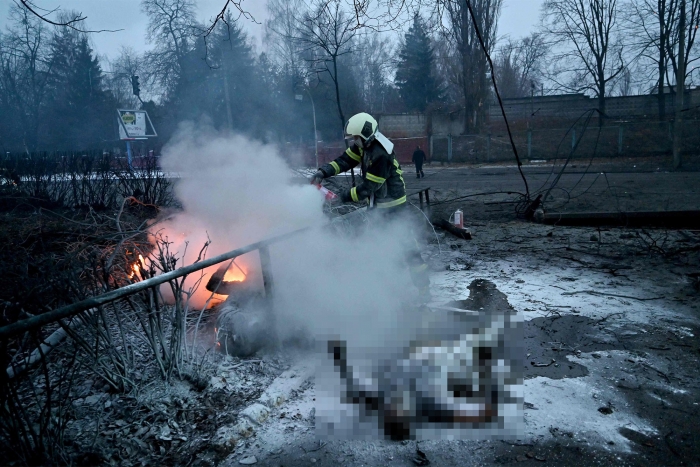 At least five people were killed in Ukraine on Tuesday after an airstrike targeted Kyiv’s central TV broadcasting antenna and the country’s main Holocaust memorial – soon after Russia had warned residents to flee their homes.