Africa, Nigeria, Ukraine, Ukraine War, Refugees, World, Race And Racism
Save for Later
From The Left 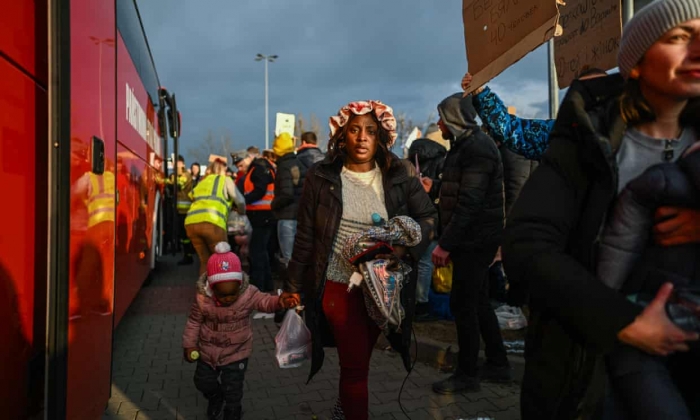 The Nigerian government has condemned the treatment of thousands of its students and citizens fleeing the war in Ukraine, amid growing concerns that African students are facing discrimination by security officials and being denied entry into Poland.

A deluge of reports and footage posted on social media in the past week has shown acts of discrimination and violence against African, Asian and Caribbean citizens – many of them studying in Ukraine – while fleeing Ukrainian cities and at some of the country’s border posts.