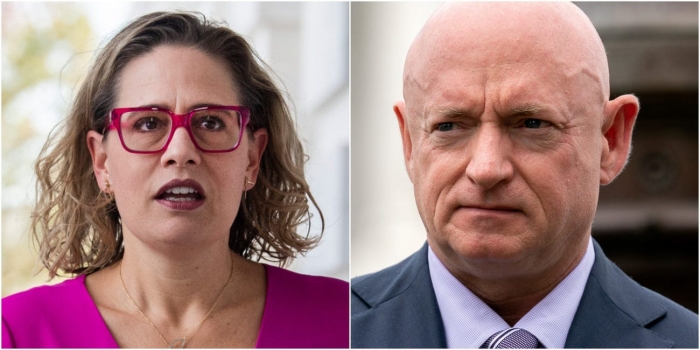 Arizona Democrats are growing increasingly alarmed that the drama surrounding Sen. Kyrsten Sinema will make it harder for her counterpart, Sen. Mark Kelly, to win re-election in November.

It's an unintended side effect stemming from the intra-party outrage that Sinema kicked up after her decision last week to block a major voting rights bill that sits atop President Joe Biden's legislative agenda.

Read full story
Some content from this outlet may be limited or behind a paywall.
2022 Elections, 2022 Arizona Senate Election, Kyrsten Sinema, Mark Kelly

As the race heats up, is Mehmet Oz distancing himself from Trump? | Five for the Weekend
Pennsylvania Capital-Star