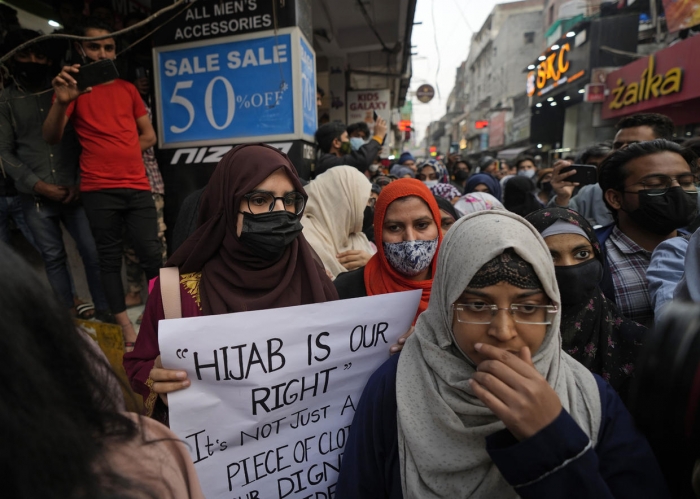 Nobel Peace Prize laureate Malala Yousafzai has urged Indian leaders to "stop the marginalization of Muslim women" amid mounting protests over a college's ban on students wearing the traditional Islamic headscarf, or hijab.

Authorities in the southern Indian state of Karnataka on Tuesday ordered schools and colleges to close for three days, and on Wednesday they banned gatherings near all educational institutions for two weeks in a bid to curb the protests, which have drawn counter-protests by Hindu students.