World, Canada, Courts, Freedom Convoy, Ottawa, Vaccine Mandates, The Americas
Save for Later
From The Center 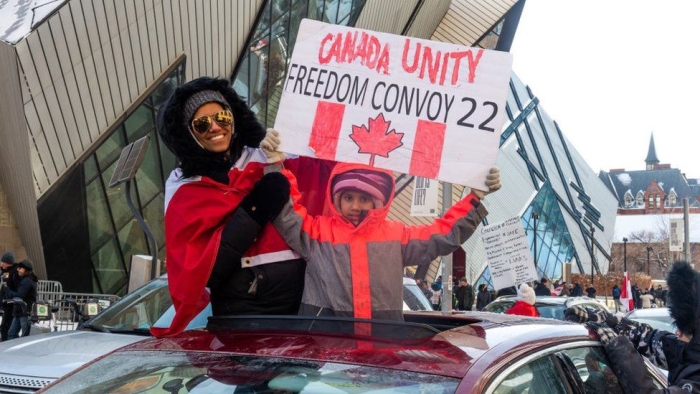 Truckers in Ottawa have been ordered to stop honking their horns in an ongoing protest that has snarled up the city.

The loud and constant blare of truck horns has become one of the defining features of the movement against Canada's vaccine mandates.

But a judge has now ruled that they be silenced for the next 10 days.

"Tooting a horn is not an expression of any great thought I'm aware of," said Justice McLean in Monday's ruling which handed an interim victory to residents.