World, Canada, Ottawa, Truckers, The Americas
Save for Later
From The Center 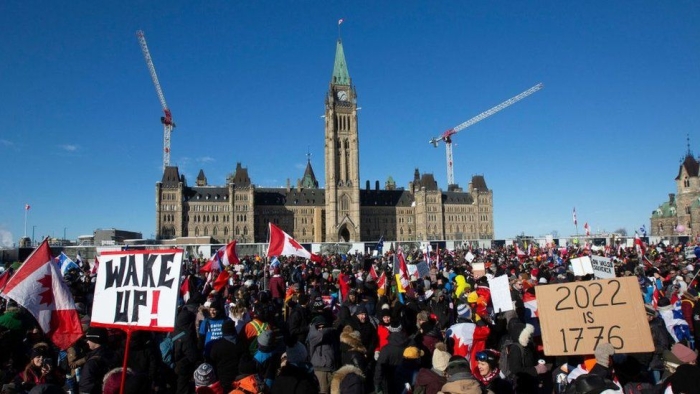 Protests in Canada's capital city against a vaccine mandate for truckers crossing the US-Canada border have entered their third consecutive day.

Citing "traffic, noise and safety issues" from the so-called Freedom Convoy, Ottawa police asked the public to avoid the downtown area on Monday.

Some downtown stores, including a shopping mall, will also be closed.

Demonstrators have been mostly peaceful but behaviour by some members of the crowd has been strongly criticised.

At an invite-only news...