Kamala Harris, Supreme Court, Joe Biden, Politics
Save for Later
From The Left 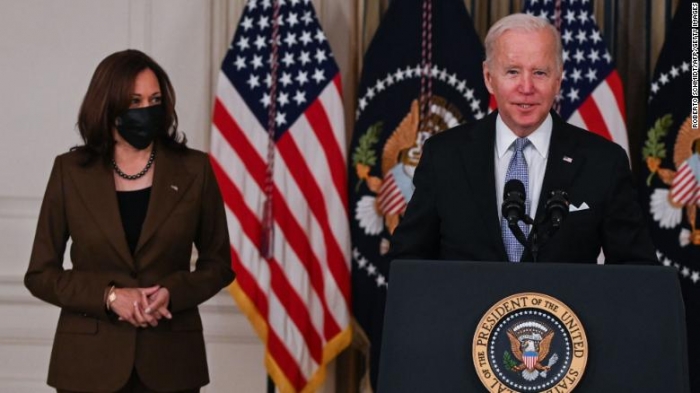 1. Joe Biden said on the 2020 campaign trail that he would like to nominate a Black woman to the Supreme Court.

2. Justice Stephen Breyer is retiring from the court. (He is expected to formally announce his decision on Thursday.)

3. Vice President Kamala Harris, who is African American and South Asian American, has struggled in adjusting to the #2 job.

And bingo bango began the chatter about Kamala Harris on the court -- she's a lawyer and was attorney general of California, after all!...

AllSides Media Bias Rating: Lean Left
You agree.
Thank you! Community votes alone don't determine our ratings, but are valuable feedback and can prompt us to do more research.
105788/83629