Banking And Finance, Economy And Jobs, Interest Rates, Federal Reserve, Jerome Powell
Save for Later
From The Left 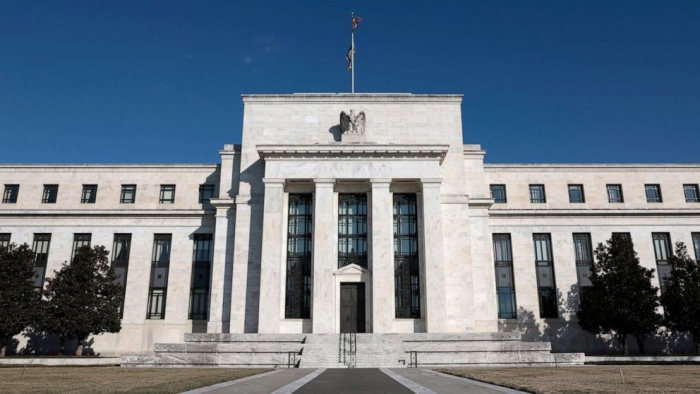 Officials at the Federal Reserve on Wednesday signaled that they could "soon" raise interest rates for the first time in three years, as inflation concerns cast a shadow over the pandemic-battered economy.

The central bankers said in a statement Wednesday that they were leaving rates unchanged for now, at near-zero levels, but with a recovering labor market and the threat of inflation, this will likely change in the near future.

News
Ukraine economy to shrink by almost half this year, World Bank forecasts
The Guardian

Analysis
The ruble has bounced back. Are sanctions not working?
Quartz

Analysis
These Democratic Megadonors Made a $108 Million ‘Lucky Bet’ on Wall Street. Now the Feds Are Investigating.
Washington Free Beacon

Opinion
Are Bitcoin and Other Forms of Cryptocurrency the Future of Money?
The Daily Signal