Immigration, CBP, Migrants, Mexico, The Americas
Save for Later
From The Right 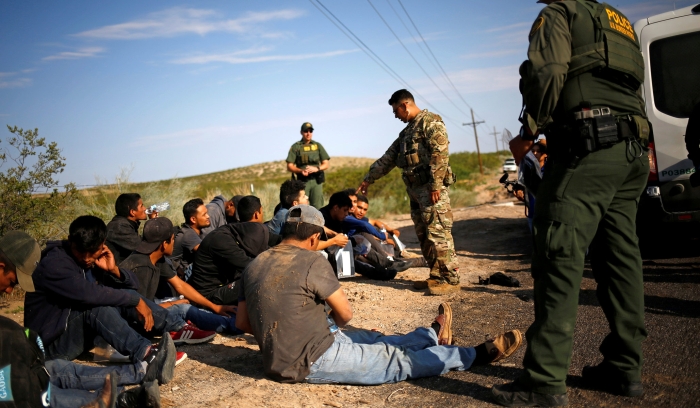 U.S. Customs and Border Protection agents apprehended more than 2 million migrants at the southwest border during President Joe Biden’s first year in office, likely the highest number in over 20 years, according to a National Review analysis of CBP data.

According to the data, agents encountered 2,033,863 migrants at the border in 2021, with the vast majority – more than 1.9 million – being apprehended by U.S. Border Patrol officers. The rest were apprehended by Office of Field Operations agents at U.S. ports of entry.

Read full story
Some content from this outlet may be limited or behind a paywall.
Immigration, CBP, Migrants, Mexico, The Americas

Tens of thousands of migrants waiting on U.S. doorstep
Axios

Tens of thousands of migrants waiting on U.S. doorstep
Axios