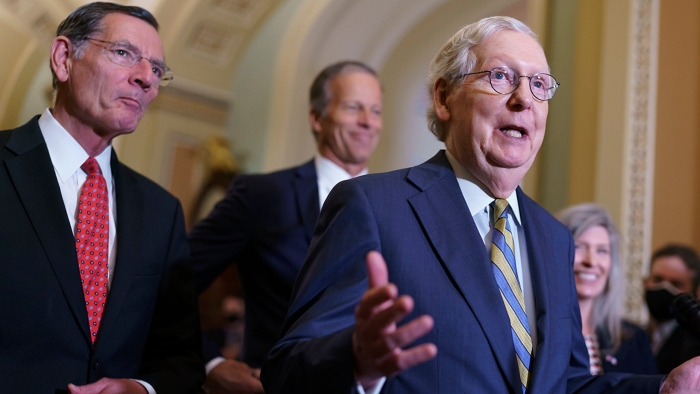 Republicans overtook Democrats as America's preferred political party during the last quarter of 2021, with the GOP holding its largest lead in voter preference since 1995.

Republicans held a 47-42 lead in voter identification at the end of 2021, according to a Gallup Poll released Monday, a dramatic shift from the beginning of the year, when Democrats held a 49-40 edge in the metric.