The most consistently botched part of the US pandemic response

coronavirus, coronavirus misinformation, CDC guidelines
Save for Later
From The Left 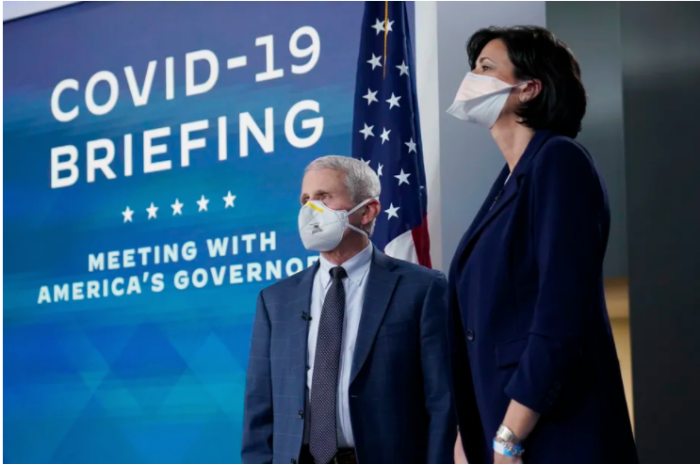 The fierce backlash to the CDC’s recent decision to shorten the recommended isolation period for people who test positive for Covid-19 was the latest in a series of communications blunders so severe that they have now become a meme.

Communication is an essential part of any public health response. But US health agencies have struggled with it since the very beginning of the pandemic, when government officials initially advised against wearing masks in early 2020 before reversing themselves to recommend nearly universal masking.

It appeared the initial guidance may have been issued in order to preserve enough masks for health care workers. Government officials were warning at the time that hospitals’ supplies could be depleted at a critical moment if there was a run on masks. It was the first of the pandemic’s “noble lies,” The Week’s Ryan Cooper wrote in a blistering essay on the paternalistic treatment of the US public that has undermined the country’s Covid-19 response.

America’s public health institutions have failed to communicate effectively with the US public throughout the pandemic for two reasons: either they have been left trying to defend poor policies, or the messaging has taken the place of creating any kind of coherent policy at all.