Texas shows the dangers of indifference to omicron

coronavirus, Omicron Variant, Texas
Save for Later
From The Left 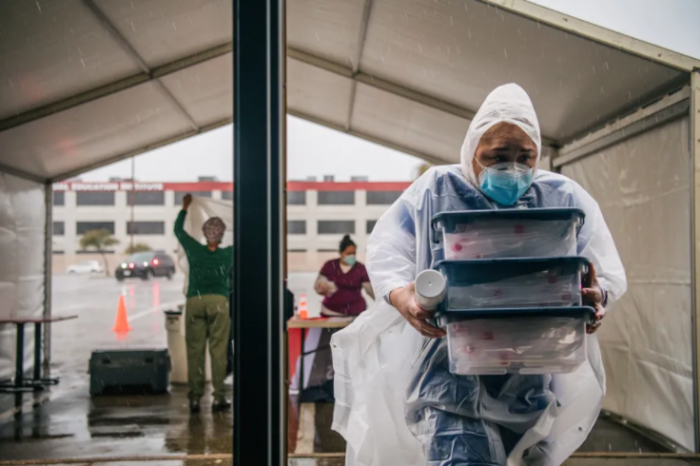 Like many states across the country grappling with the onset of the omicron variant, Texas’s fight against Covid-19 took a turn for the worse in December. And due to the state’s relatively low vaccination rates, and a Republican state government that has fought public health officials’ recommendations on masking, vaccine mandates, and business restrictions, matters may not improve soon.

Although the symptoms of Covid-19 are typically milder for the vaccinated, omicron is more transmissible than previous variants, even among people who have had two shots. Together, the infectiousness of omicron and Texans’ resistance to getting the vaccine have created a crisis for hospitals and medical workers, one that disproportionately puts unvaccinated people in danger.

The numbers aren’t encouraging: On Wednesday, more than 61,000 Texans were confirmed to have tested positive for the virus, but given the prevalence of home testing and that people might be sick but not testing at all, the numbers are likely much higher.

Hospitalizations have more than doubled since last month to over 11,500, including over 2,200 patients in the ICU. It’s the first time Texas has had more than 10,000 Covid-19 hospitalizations since September 2021. Pediatric hospitalizations, which are on the rise nationally, increased by 200 percent in the state between Christmas and January 3.