Biden was forged in the Senate. Now he's burning political capital to change it.

Joe Biden, Filibuster, US Senate
Save for Later
From The Left 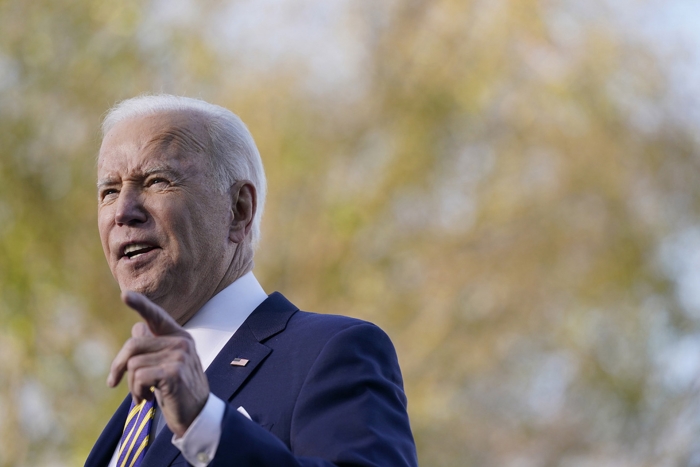 President Joe Biden is yet again sticking his neck out on Capitol Hill to save his agenda with slim prospects for success.

Just as he tried to resolve myriad disputes on his domestic spending plans late last year, Biden is wading directly into a protracted battle within his own party over weakening the Senate filibuster. After edging from defender to critic of the chamber's 60-vote requirement to pass most bills — which has been a roadblock to many of his top priorities — Biden will visit Senate Democrats on Thursday to emphatically argue for changing the Senate rules to pass a party-line election reform bill.

But it appears unlikely the president can move two of his party's most ardent filibuster defenders, Sens. Kyrsten Sinema (D-Ariz.) or Joe Manchin (D-W.Va.), off their defense of the Senate’s supermajority requirement. And Biden's appearance before the caucus comes less than a month after Manchin rejected his entreaties on his $1.7 trillion climate and social spending bill, sending Democrats’ legislative agenda into a nosedive.

Biden and Senate Majority Leader Chuck Schumer responded to that setback by reorienting their agenda toward federal election standards and beefing up the Voting Rights Act — only to see Manchin get in the way again, along with Sinema. Both support their party's bills but oppose unilaterally weakening the filibuster to achieve them. When asked Wednesday what Biden could say to change his mind, Manchin only shrugged.

NEWS
Biden vowed a return to normalcy — instead, we got a year of chaos
John Podhoretz