coronavirus, Omicron Variant, Delta variant
Save for Later
From The Center 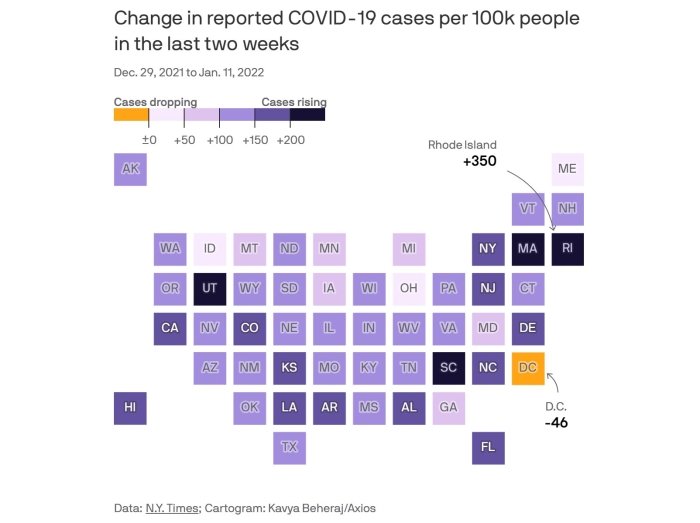 Daily COVID infections have more than doubled over the past two weeks, reaching an average of more than 760,000 new infections per day in the U.S.

By the numbers: COVID deaths are also on the rise, up from about 1,200 per day two weeks ago to an average of over 1,700 per day now. The toll is a reminder that while Omicron is not as deadly as past variants, it’s still a serious threat for vulnerable people.

If Washington, D.C., was a state, it would be the only state where new infections are slowing down. All 50 of the actual states saw new cases increase over the past two weeks, and most of those increases were large.