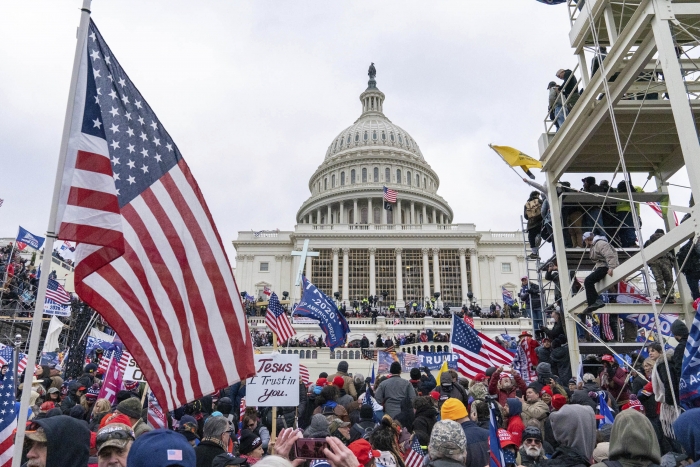 Last Thursday, in a press conference with the Right Side Broadcasting Network outside the United States Capitol on the anniversary of January 6, Reps. Matt Gaetz and Marjorie Taylor Greene spun an increasingly popular conspiracy theory to explain the horrific events that occurred: It was the Feds.

“I’m starting to think this was less of an insurrection and more of a ‘fedsurrection,’” said Gaetz, offering a groan-inducing pun as proof of the seriousness of the allegations.

After months of claiming that rioters were just harmless tourists, or that it was the work of antifa and Black Lives Matter plants, now several Republican members of Congress have pivoted, adopting a spurious claim that it was the FBI, specifically an agent provocateur named Ray Epps. Referred to throughout social media as #FedBoomer or #BigMagaCamo, Epps, these people claim, was a decisive figure in planning, inciting, and directing Trump supporters to storm the Capitol on January 6.