US Senate, Filibuster, Senate Democrats, Senate Republicans, Politics
Save for Later
From The Right 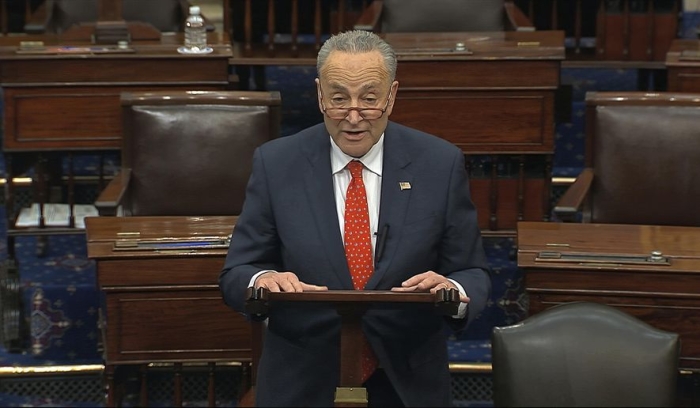 If Sen. Charles E. Schumer were still the minority leader, it’s a good bet that he would be using the filibuster enthusiastically to stop Republican priorities, not fighting to eliminate it.

The New York Democrat has had plenty of practice. During 23 years in the Senate, he has voted more than 500 times to sustain a filibuster, according to data compiled by GovTrack.

But Mr. Schumer, who once called curtailing the filibuster a “doomsday for democracy,” now says the centuries-old practice has outlived its use.

“We must adapt for the sake of our democracy,” he said in a speech from...

Read full story
Some content from this outlet may be limited or behind a paywall.
US Senate, Filibuster, Senate Democrats, Senate Republicans, Politics