For many Afghans, winter is forcing a cruel choice of whether to eat or stay warm 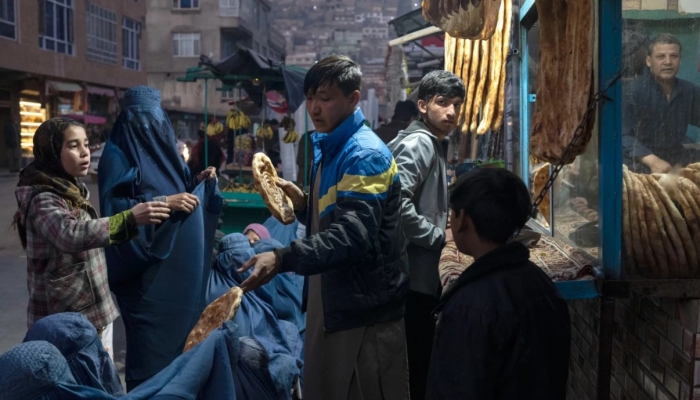 As 2022 begins, most people in Afghanistan don't have enough food to eat. Millions are facing hunger and starvation amid a multiyear drought and an economic crash following the Taliban takeover in August. The onset of winter has only made things worse.

Shelley Thakral, the World Food Program spokesperson for Afghanistan, says more than half the population — some 23 million Afghans — are facing what the WFP calls extreme levels of hunger. Malnutrition is soaring. Food prices have risen. And the WFP's surveys show the overwhelming majority of Afghans, 98% of the population, lack enough food to eat. Many are surviving on limited diets with less fresh vegetables, dairy or meat – or none at all.

Afghanistan has seen other hunger emergencies over the years — in some areas, people two decades ago were so desperate that they resorted to eating grass. But now, for the first time, there is a "new urban class of hungry people," Thakral says. Afghans who've lost their jobs and never imagined they'd go hungry are scrounging and standing in line for food aid.