Politics, Harry Reid
Save for Later
From The Right 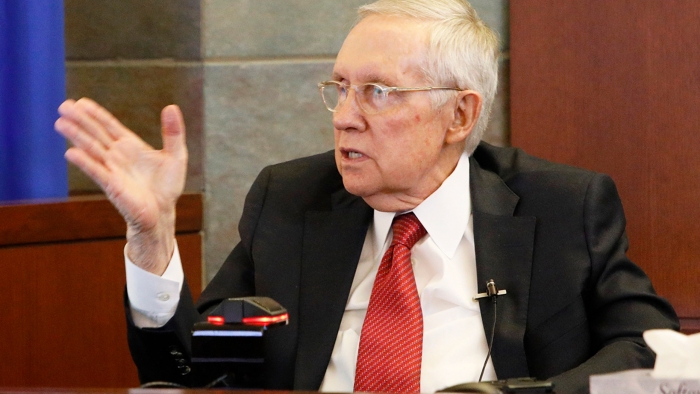 Harry Reid, a longtime Democratic U.S. senator from Nevada who rose to serve as Senate majority leader from 2007 to 2015, died Tuesday at age 82.

Reid, who was diagnosed with pancreatic cancer in 2018, served in Congress from 1983 until his retirement in 2017. He announced in 2019 his cancer was in remission.

He became most well-known for his use of the "nuclear option" in 2013, leading the charge to end the filibuster on executive branch nominees and judicial nominees other than to the Supreme Court.

Reid’s responsibility for the nuclear option is not without irony.