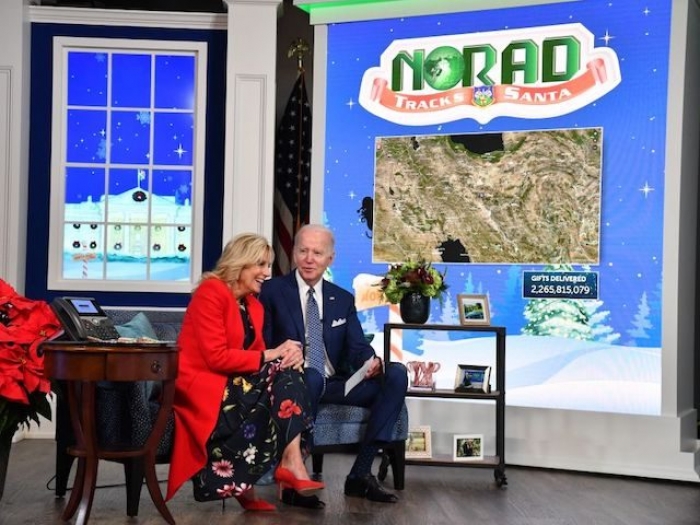 President Joe Biden was fooled by a father of some children that he called for Christmas to track Santa Claus via NORAD.

“Merry Christmas, and let’s go, Brandon!” the father named “Jared” said, referring to the popular conservative phrase to signal dissatisfaction with the president after Biden spoke with his kids on the phone.

This is the first time that Biden has reacted to the phrase sweeping the nation, and it remains unclear whether the president knows what it means.

The White House claimed in...

Read full story
Some content from this outlet may be limited or behind a paywall.
Joe Biden, Let's Go Brandon, Politics, Culture, Republican Party, Christmas