Coronavirus, Omicron Variant, Delta Variant, Public Health
Save for Later
From The Left 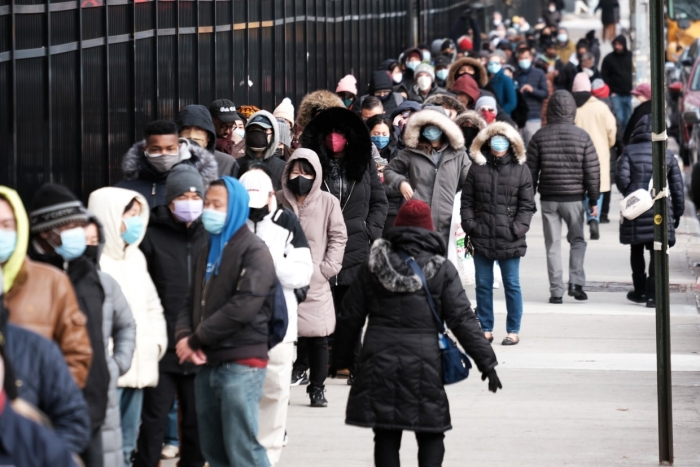 New cases of Covid-19 climbed above 242,000 in the U.S. on Wednesday, according to data compiled by NBC News, pushing the seven-day average to 167,683 — higher than the peak of the delta variant in early September.

The number of new confirmed cases reached 242,186, while reported deaths across the nation Wednesday totaled 2,030, according to the NBC News tally. The country has not had more than 2,000 deaths two days in a row since early October.