A lesson in tornadoes’ wake: Warnings work, but human response is key

Disaster, Tornadoes, General News
Save for Later
From The Center 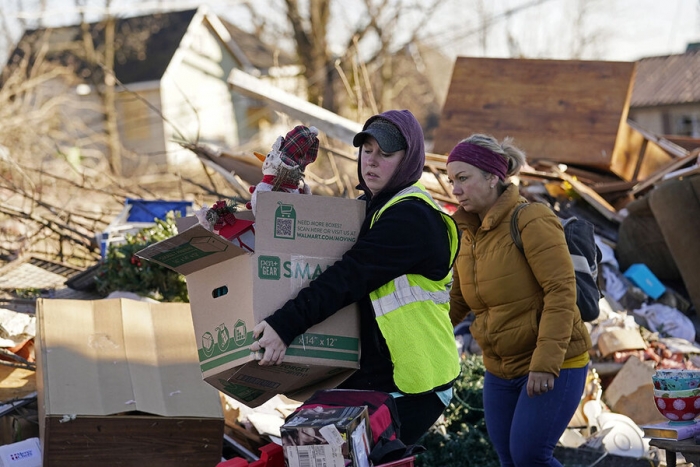 Rare and unusually strong December tornadoes in Kentucky have put a focus on safety. Warning systems have improved greatly in recent years – partly due to heart-to-heart clarity in language.

As huge air masses began to collide last week over the central United States, Michael York, a veteran meteorologist, focused on the data swirling in front of him.

His face lit by screens at a cookie-cutter National Weather Service office in Paducah, Kentucky, Mr. York began sending out alerts midweek about the gathering of a powerful storm.

Read full story
Some content from this outlet may be limited or behind a paywall.
Disaster, Tornadoes, General News

The Amazonification of the American workforce
Vox