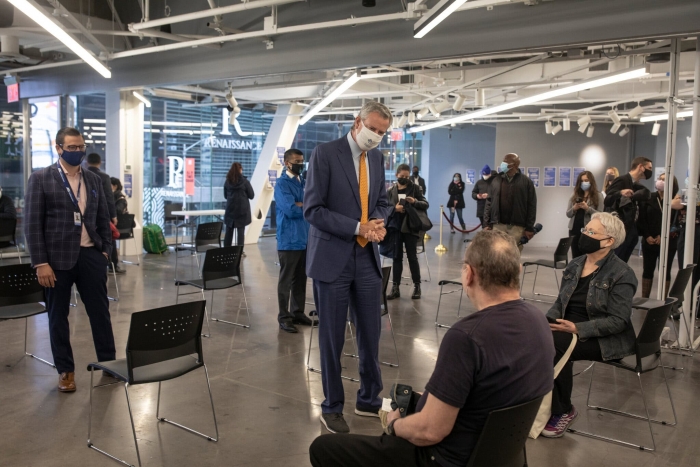 Mayor Bill de Blasio announced a sweeping coronavirus vaccine mandate for all private employers in New York City on Monday morning to combat the spread of the Omicron variant.

Mr. de Blasio said the aggressive measure, which takes effect Dec. 27 and which he described as the first of its kind in the nation, was needed as a “pre-emptive strike” to stall another wave of coronavirus cases and help reduce transmission during the winter months and holiday gatherings.

“Omicron is here, and it looks like it’s very transmissible,” he said in an interview on MSNBC. “The timing is horrible with the winter months.”

New York City has already put vaccine mandates in place for city workers and for indoor dining, entertainment and gyms. Nearly 90 percent of adults in the city now have at least one dose of the vaccine.

Read full story
Some content from this outlet may be limited or behind a paywall.
coronavirus, vaccine mandates, New York City, private sector