Education, Gun Violence, Violence in America, Oxford shooting, Michigan, coronavirus
Save for Later
From The Left 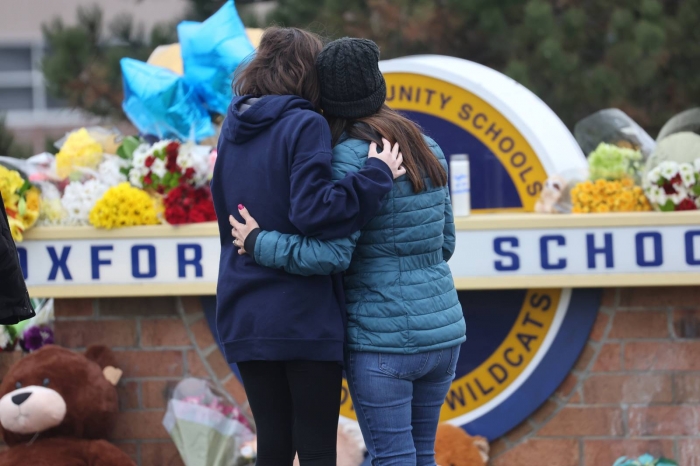 When a 15-year-old opened fire on Tuesday at a high school in Oxford Township, Mich., killing four students, it marked the deadliest school shooting since May 2018—and became a sign that schools are now contending with one public health crisis on top of another.

“Gun violence is a public health crisis that claims lives every day,” Michigan Gov. Gretchen Whitmer said in a statement after the shooting at Oxford High School, which also left seven others injured. “This is a time for us to come together and help our children feel safe at school.”

The matter of keeping children safe at school has been a priority in a new way for many Americans over the last nearly two years. While safety from gun violence has been a sadly elusive goal for decades, safety from disease has largely displaced that concern during the COVID-19 pandemic. And the debate over how to protect children from the virus—when to reopen schools and whether to require students to wear masks—has proven to be just as polarizing as the longstanding debate over how to stop gun violence.

PERSPECTIVES BLOG
How Did President Biden's First Year Go?
NEWS
Liberal Education is Under Assault. Roosevelt Montás
How Do We Fix It?