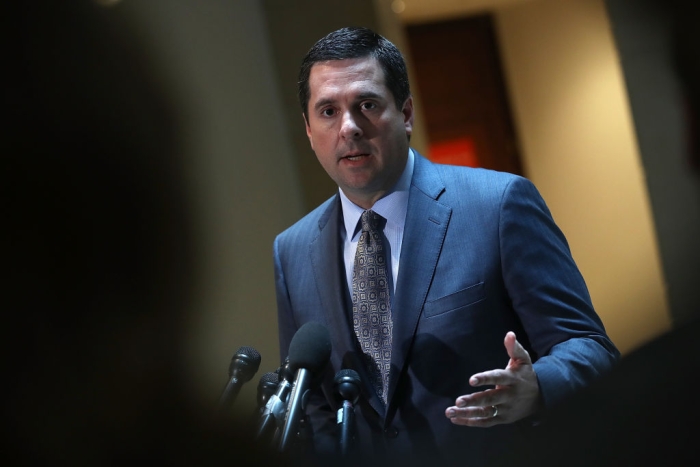 “What happens if these companies just decide next year, ‘well, Republicans, they’re all insurrectionists. Let’s shut off all their credit cards and banking so they just can’t raise any money,'” asked Nunes.

Nunes suggested the most important threat is what Big Tech’s control of the internet is doing to the country and it’s possibility of becoming even more tyrannical in the future. He highlighted how users’ freedom of speech is being censored on the internet without them even realizing.

“Between Facebook and Twitter, and what Google’s doing and Wikipedia and everything else, we’re just getting overwhelmed by the censorship. And so, the most important issue at the highest level for the future of a Democratic Republic is going to be the reopening, so to speak, of the internet, with the free flow of information…whether that’s social media or video platforms or news,” he said.

The Republican’s remarks come after lawmakers in Congress feuded over Big Tech this week as Republicans continue to push platforms should be held liable for censoring or amplifying posts of their choosing. Nunes said the free flow of information and being able to speak freely in the internet sphere is the only way to reach those accustomed to watching fake news.

Read full story
Some content from this outlet may be limited or behind a paywall.
Technology, Censorship, Devin Nunes, Republican Party, Social Media