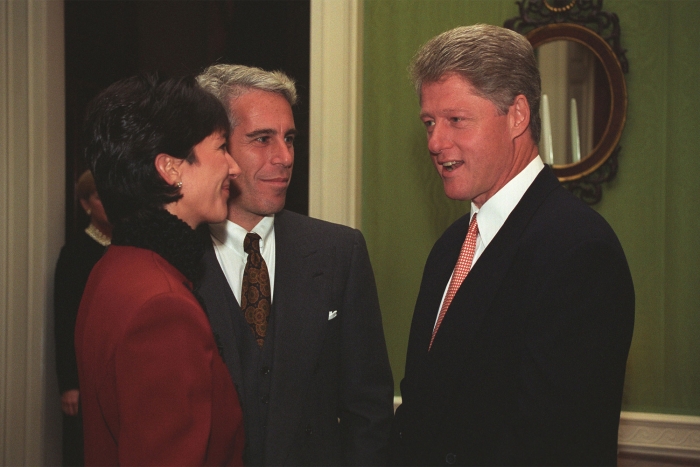 Jeffrey Epstein visited the White House at least 17 times in the early years of President Bill Clinton’s administration, according to a new report published Thursday.

Visitor logs show the wealthy convicted pedophile — who died from an apparent suicide in his jail cell in 2019 – even visited the Clinton White House twice on the same day three different times, The Daily Mail reported.

In one visit on Sept. 29, 1993, Epstein attended an event where he and his alleged madam Ghislaine Maxwell were photographed alongside Clinton after the financier donated $10,000 to help renovate the building.

It’s not clear if Epstein, who killed himself in his jail cell in 2019, actually met or interacted with Clinton during his other visits, and the former president wasn’t in the building for at least a few of Epstein’s trips there, the Mail said.

The visitor logs, obtained by the Mail through a request with the Clinton Presidential library, showed Epstein first visiting the White House on Feb. 25, 1993 – a little more than a month after the Democrat first took office. During that visit, his destination was listed as “WW” — apparently the West Wing – and his invitation was issued by “Rubin,” according to the report.