Justice, sexual misconduct, Jeffrey Epstein, Ghislaine Maxwell
Save for Later
From The Left 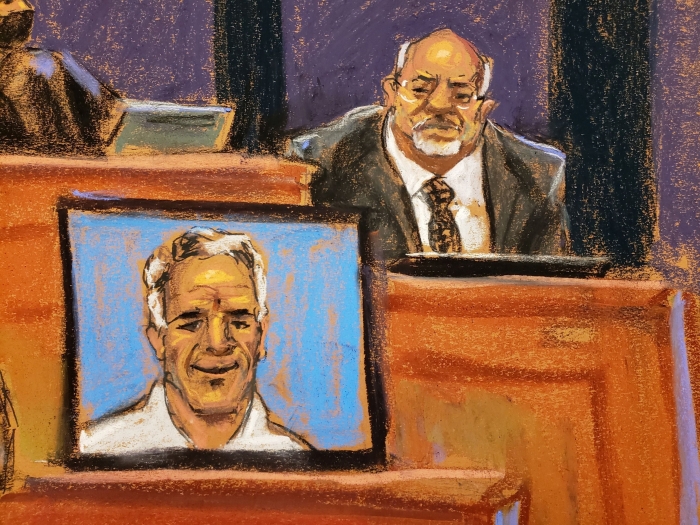 On day four of the Ghislaine Maxwell trial, Government Exhibit 52 made its much-anticipated debut. This is Jeffrey Epstein’s “little black book”—the telephone directory containing names and numbers for a huge roster of Epstein’s wealthy and powerful friends and also, presumably, some of the people who’ve accused him of crimes.

The book was introduced as the prosecution’s witness Juan Alessi was on the stand. Alessi was the butler/driver/gofer at Epstein’s Palm Beach, Florida, house from around 1991 until 2002. He described the decadent atmosphere around the mansion, which he said was run “like a five-star hotel.” He was expected to keep wads of hundred-dollar bills stocked in each of Epstein’s cars at all times. He said there were many women who hung around Epstein’s pool and that they were topless “75 to 80 percent of the time.” He said Maxwell, whom he called the “lady of the house,” took many photos of these topless women, and displayed them in frames on her desk there. He also said it was obvious that Maxwell was in charge of running the household. And she slept in Epstein’s bedroom, with Epstein.

Read full story
Some content from this outlet may be limited or behind a paywall.
Justice, sexual misconduct, Jeffrey Epstein, Ghislaine Maxwell

NEWS
Elizabeth Holmes
The Flip Side