Violence In America, Oxford Shooting
Save for Later
From The Center 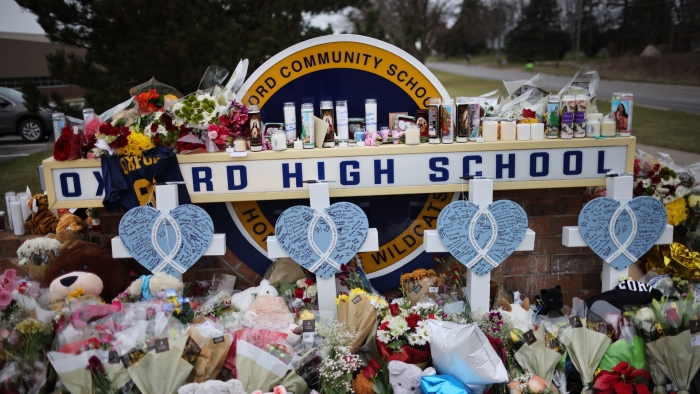 The parents of a 15-year-old accused of killing four students and wounding seven other people at a Michigan high school have been charged with involuntary manslaughter, according to court documents.

Driving the news: James and Jennifer Crumbley were each charged with four counts of involuntary manslaughter.

Their son, Ethan Crumbley, faces two dozen charges, including murder and terrorism, for the shooting at Oxford High School. He will be charged as an adult.

Details: Oakland County prosecutor Karen McDonald said during a press conference Friday that the charges against the parents stem from...