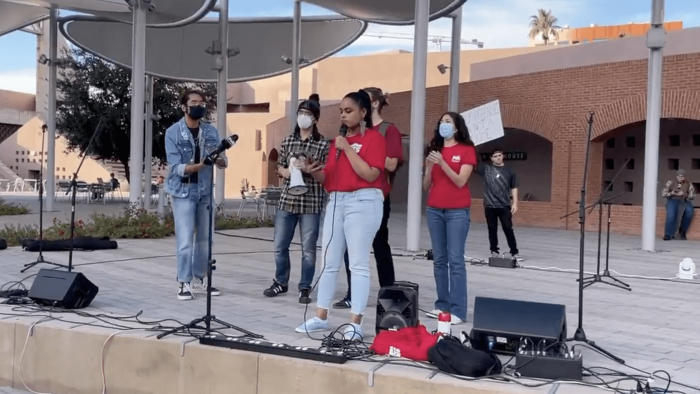 Many socialists believe that education is a universal human right. But evidently, not Arizona State University's (ASU) Students for Socialism. On Wednesday, they staged a protest to pressure campus administrators to expel Kyle Rittenhouse, the recently acquitted Kenosha shooter.

"Join us and rally against racist murderer Kyle Rittenhouse being permitted on our campus," said the student group on Twitter.

If video footage of the event on social media is any indication, it seemed sparsely attended. In fact, pro-Rittenhouse counterdemonstrators appeared to outnumber the socialists. When a leader of the protest—who was equipped with a megaphone—denounced Rittenhouse as a white supremacist killer, spectators pointed out that all three of the people he shot were white; this did not deter the protester, who responded that Rittenhouse was a descendant of white colonists who had murdered black and brown people.

Read full story
Some content from this outlet may be limited or behind a paywall.
Free Speech, Cancel culture, campus speech, Kyle Rittenhouse, Culture, Polarization