Technology, US Congress, Big Tech, Social Media
Save for Later
From The Left 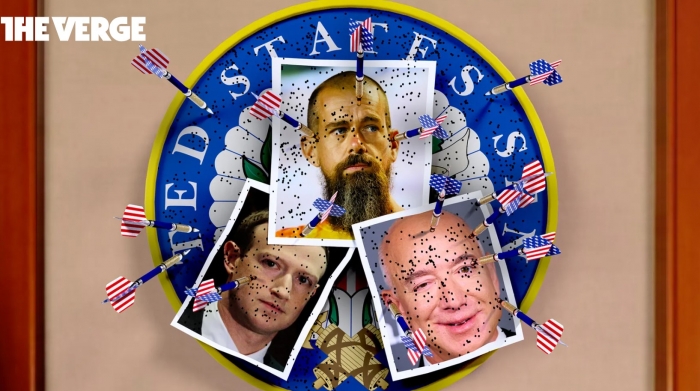 Illustration by Alex Castro / The Verge

On Monday, Twitter CEO Jack Dorsey announced that he would be stepping down from the company he co-founded over 15 years ago.

The news came as a shock to both Twitter’s own users and its investors on Wall Street. But in Dorsey’s resignation letter to staff, he showed no surprise, writing that it was “finally time” for him to leave and that he made his decision to step aside solely on his own.

His resignation follows years of mounting pressure from Congress against social media platforms like Twitter over concerns ranging from content moderation to monopoly power. Lawmakers have authored bills and held hearings — some in good faith, but perhaps more often in bad — aimed at reining in their power. And like every other major tech CEO, Dorsey has dutifully testified, even if just as an excuse for lawmakers to yell at him for “censoring” them without achieving tangible results.

But this dynamic may finally change under the leadership of Twitter’s new CEO, Parag Agrawal, its former chief technology officer, as legislators lose a widely recognized figure at whom to aim their frustrations. “Hopefully, we can move past this moment of sort of headlines and CEOs and move into a place of Congress buckling down and meaningfully putting in place some regulations that will rein in control of the industry,” Johnny Mathias, deputy senior campaign director at Color Of Change, said in an interview.