Immigration, remain in mexico, Border Crisis, asylum seekers
Save for Later
From The Center 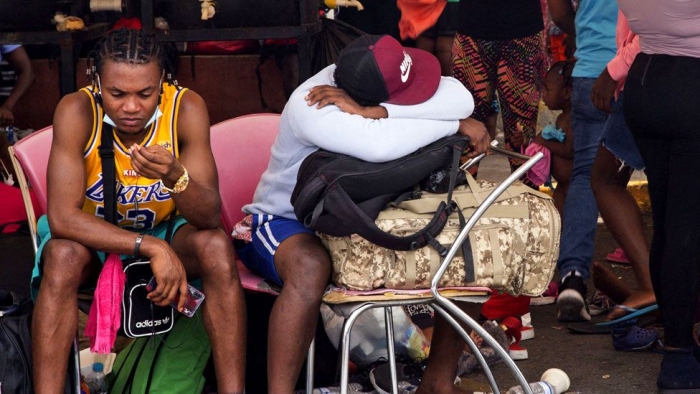 US human rights groups have criticised the reinstatement of a Trump-era policy requiring asylum seekers to wait in Mexico while claims are processed.

The American Immigration Council said it was a dark day for the US and the rule of law.

US President Joe Biden had suspended the policy, calling it "inhumane", but was ordered by courts to resume it.

Under the policy, thousands of migrants were forced to stay in dangerous conditions on the Mexican border.

But Republicans have welcomed the decision as a way to restore order in the border regions.

Mexico has now agreed to accept the policy, known as Remain in Mexico, in exchange for concessions such as a shorter turnaround time for asylum decisions and a US-Mexico development programme for Central America.