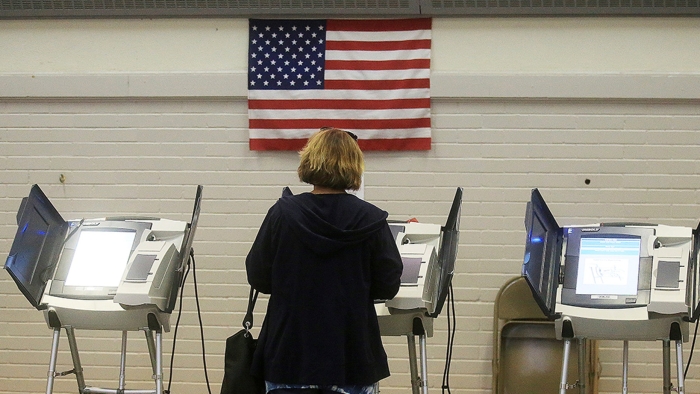 The New York City Council is set to vote next week on a measure that would allow non-citizens to register to vote in municipal elections, but Republicans are readying themselves to challenge it in court if they have to.

At a Thursday news conference, New York State Republican Party members vowed to do whatever they can.

"We pledge action, legal or otherwise, any means necessary to stop this dangerous legislation from undermining our elections," party chairman Nick Langworthy said.

The bill, if it becomes law, would allow more than 800,000 non-citizen residents to vote, according to the New York Times.