What Americans Really Think About Abortion

Abortion, public opinion
Save for Later
From The Center 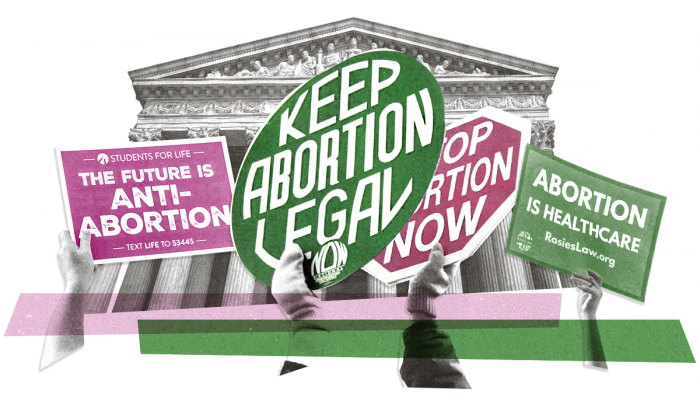 Abortion is back at the Supreme Court yet again. For the third time in six years, the justices will consider the constitutionality of a state law designed to restrict abortion — this time, a Mississippi ban on most abortions after 15 weeks of pregnancy. And because the court is more conservative than it’s been in decades, many experts believe there’s a real possibility that the justices will use this case to overturn — or at least severely limit — the constitutional right to abortion established in 1973 by Roe v. Wade.

Roe may be one of the only Supreme Court decisions that most Americans can identify. In all likelihood, it’s more familiar to the average voter than the names of any justice currently serving on the Supreme Court. Surprisingly, though, trying to understand what Americans think about abortion rights — and how they’d react if Roe was reversed or reshaped — can feel like walking into a fogbank.

Ask Americans whether Roe should be overruled, and the answer seems pretty straightforward: Polls consistently find that a majority think the Supreme Court should keep the ruling in place. But Americans’ views on abortion are hardly clear-cut. Majorities also support a variety of restrictions on abortion — including limits on abortion in the second trimester — that openly conflict with the Supreme Court’s rulings. For example, a 2020 Kaiser Family Foundation poll found that 69 percent of Americans favored laws requiring abortions to be performed only by doctors who had admitting privileges at a nearby hospital, even though the court ruled in 2016 that those laws place an unconstitutional burden on women’s right to abortion.