As voters get angrier, local officials bear the brunt

Politics, harassment
Save for Later
From The Center 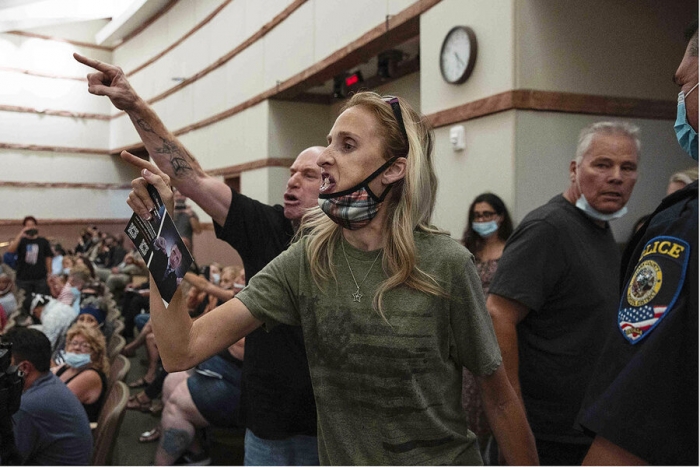 From school boards to health departments, officials are facing more intense forms of harassment, reflecting the nationalization of local politics. Many say the climate is affecting morale.

When Amy Milsten volunteered to run for school board, she expected to spend five hours campaigning each week. She ended up spending five hours each day.

Her race, in Pennsylvania’s Central York School District, got national attention after the sitting board effectively banned a list of resources on race. As a Democrat running in a Republican district, Ms. Milsten personally knocked on some 1,500 doors – and had some uncomfortable encounters. Some people would listen, but most weren’t interested, she says. Some slammed the door in her face.

While she won the election, the atmosphere hasn’t gotten any better, with controversies over everything from pandemic restrictions to instruction on race and identity still roiling the district.

“I’m a little afraid for my safety,” Ms. Milsten confesses, as she prepares to take her seat.

Read full story
Some content from this outlet may be limited or behind a paywall.
Politics, harassment