Abortion, Supreme Court, roe v wade
Save for Later
From The Center 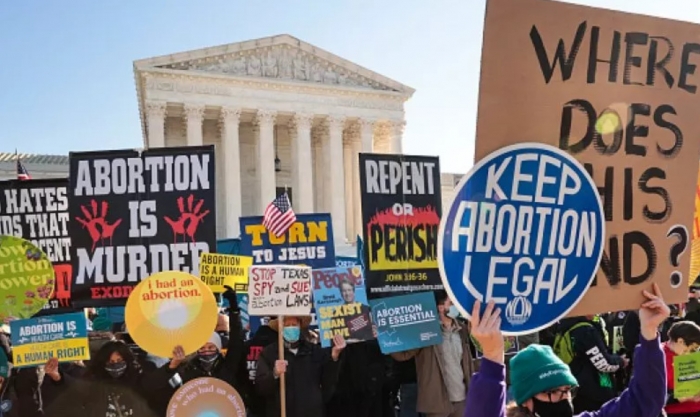 Oral arguments in the Mississippi abortion law case signaled that former President Donald Trump may finally get the chance to fulfill his campaign promise of overturning Roe v. Wade.

On Wednesday, questions from the Supreme Court's new 6-3 conservative majority—solidified last year by Trump appointee Justice Amy Coney Barrett's confirmation—suggested that it would hand a win to the anti-abortion movement and uphold the ban in Mississippi prohibiting most abortions after 15 weeks.

Chief Justice John Roberts' skepticism aside, the conservative justices also seemed ready to dole out another victory to anti-abortion groups, hinting they would likely reverse the constitutional right to abortion established in Roe.

Read full story
Some content from this outlet may be limited or behind a paywall.
Abortion, Supreme Court, roe v wade