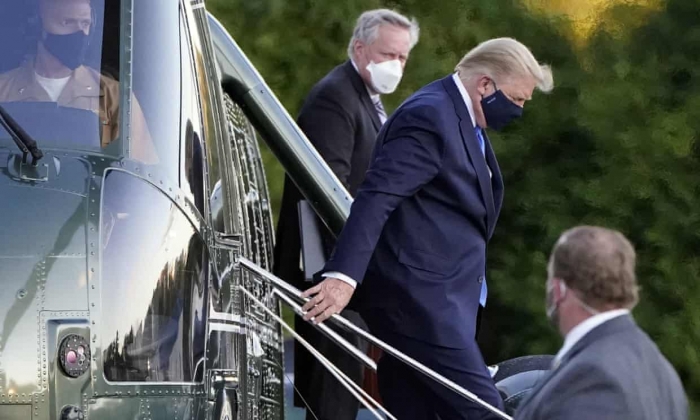 Donald Trump tested positive for Covid-19 three days before his first debate against Joe Biden, the former president’s fourth and last chief of staff has revealed in a new book.

Mark Meadows also writes that though he knew each candidate was required “to test negative for the virus within seventy two hours of the start time … Nothing was going to stop [Trump] from going out there.”

Trump, Meadows says in the book, returned a negative result from a different test shortly after the positive.

News
Trump and DeSantis
The Flip Side