Treasury's Yellen: Biden stimulus at most a 'small contributor' to inflation 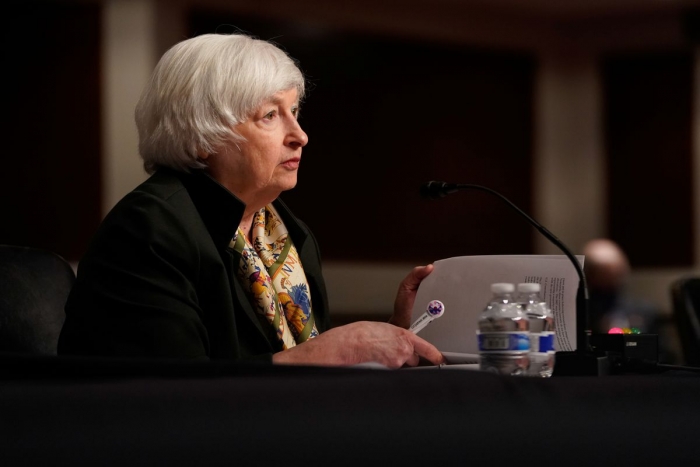 Yellen told the House Financial Services Committee that the stimulus package clearly boosted demand but said it was not a "fair assumption" to say it overshot the need and fueled current spikes in inflation.

"It's certainly true that the American Rescue Plan put money in people's pockets ... and contributed to strong demand in the U.S. economy, but if you look at the amount of inflation that we have, and its causes, that is at most a small contributor," she said.

High inflation, now running at more than twice the Federal Reserve's flexible target of 2% annually, is expected to ease in the second half of 2022, Fed Chair Jerome Powell told lawmakers at Wednesday's hearing.