Republicans boost benefits for workers who quit over vaccine mandates

Politics, vaccine mandates, Republican Party, worker benefits
Save for Later
From The Left 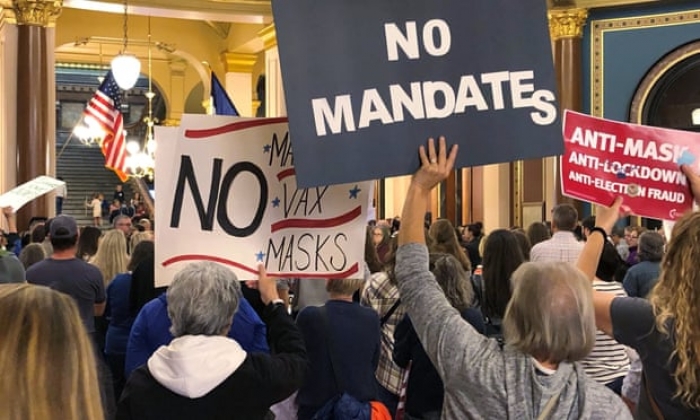 Some Republican states are expanding unemployment benefits for employees who have been fired or quit over vaccine mandates, a move critics say in effect pays people for not getting vaccinated.

Four states – Iowa, Tennessee, Florida, and Kansas – have changed their rules on unemployment to include people who have been terminated or who have chosen to leave their jobs because of their employers’ vaccine policies.

The partisan divide is striking, Anne Paxton, staff attorney and policy director for the Unemployment Law Project in Washington state, told the Guardian. “It’s very hard to regard this particular move as being based on anything much more than political reasons.”

The development also comes as the new Omicron variant has emerged, triggering concern that the strain could already be inside the US. If so, it would likely see a new spike in infections in America.

There are 30 states with Republican-led legislatures that could follow suit. “I would be very surprised if it stopped at this four,” Paxton said. Missouri is contemplating similar laws, while states like Maryland are considering “mitigating factors” around unemployment and vaccine rules.