Why US abortion laws could be changed by Supreme Court ruling

Abortion, Supreme Court, Roe V Wade
Save for Later
From The Center 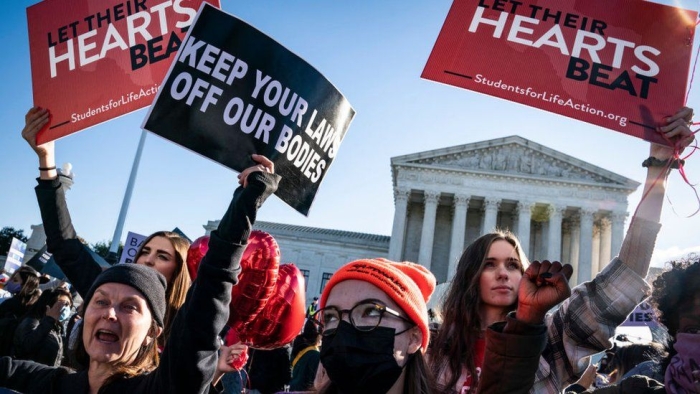 The US Supreme Court is about to hear the most important abortion case in a generation.

On Wednesday it will consider a Mississippi law which asks the court to ban abortions after 15 weeks of pregnancy.

Its final ruling, due in June next year, could cut off abortion services for tens of millions of women.

A woman's right to abortion was established in 1973, following a Supreme Court ruling in a case known as Roe v Wade.

The decision gave women in the US an absolute right to an abortion...