Federal Government to Shut Down in Two Days, Some Republicans Seek to Use Leverage to Defund Vax Mandates

US Congress, Government Shutdown, Build Back Better
Save for Later
From The Right 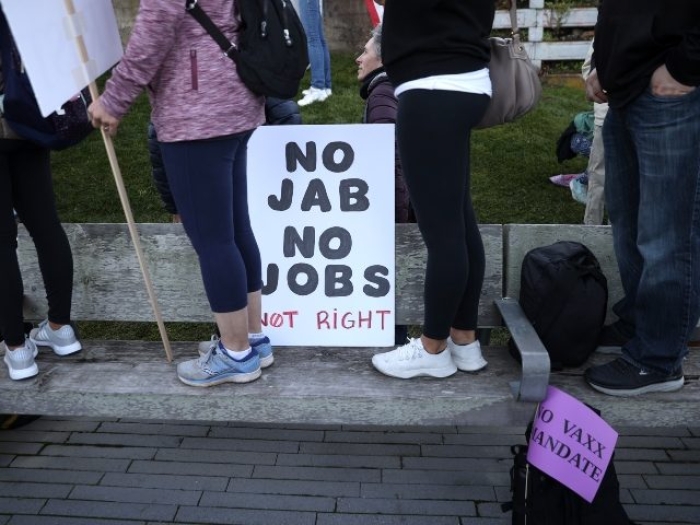 The Democrat-controlled federal government will shut down on Friday night while Republicans plan to use the chaos to defund the nationwide vaccine mandate on the private sector.

Democrats must find a solution to fund the government before the federal government closes after midnight Friday. Though the Democrats are slowly attempting to work out a compromise with Senate and House Republicans to stave off another shut down until January 28, that could have been prevented weeks if not months ago by Democrats prioritizing funding the government instead of pushing massive spending bills through Congress.

Republicans, however, see an opportunity to defund President Joe Biden’s vaccine mandate on the private sector. Republicans are “planning to object to quick consideration of a stopgap measure to extend funding into early 2022 unless Democratic leaders agree to deny money to enforce the mandate,” Politico Playbook reported.

“I’m sure we would all like to simplify the process for resolving the CR, but I can’t facilitate that without addressing the vaccine mandates,” Sen. Mike Lee (R-UT) told Playbook. “Given that federal courts across the country have raised serious issues with these mandates, it’s not unreasonable for my Democratic colleagues to delay enforcement of the mandates for at least the length of the continuing resolution.”

Read full story
Some content from this outlet may be limited or behind a paywall.
US Congress, Government Shutdown, Build Back Better