Violence In America, Michigan, Oxford Shooting
Save for Later
From The Left 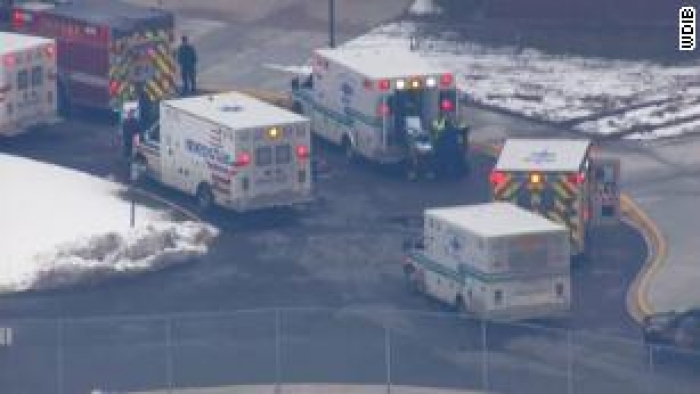 The terror at Michigan's Oxford High School began with sounds of gunfire, yelling and an urgent message on the loudspeaker.

Then frightened students barricaded doors, phoned for help and picked up anything they could grab in case they needed to fight back.

Senior Aiden Page was in a classroom when he heard two gunshots Tuesday afternoon -- part of a rampage in which authorities say a sophomore killed three students and injured eight other people.

Just like in the active shooter drills they'd practiced, Page watched his teacher run in and lock the...