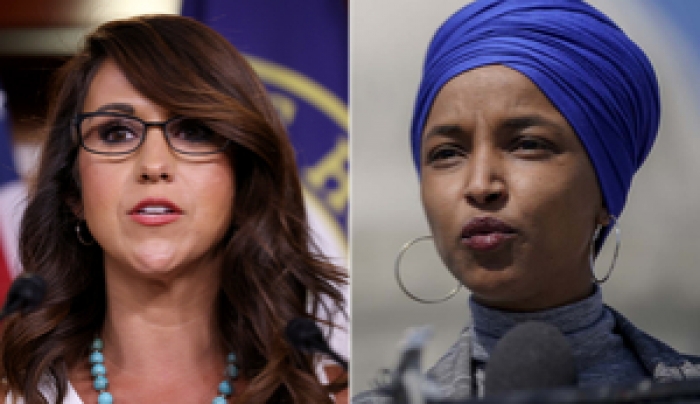 Republican Rep. Lauren Boebert of Colorado suggested to a crowd in September that Democratic Rep. Ilhan Omar of Minnesota, whom she called "black-hearted" and "evil," was a terrorist.

In those same remarks, she said that she felt safe around Omar because the Democrat wasn't wearing a backpack while they were in an elevator together.

It's another instance in which Boebert suggested Omar, who is Muslim and wears a hijab, was a terrorist. On Monday, the two lawmakers sent dueling statements about a phone call between the pair set up by Boebert after she apologized last week to "to anyone in the Muslim community I offended," when similar comments surfaced on social media.

The video of Boebert's anti-Muslim comments, made in New York at a September Staten Island Conservative Party dinner, were posted on Facebook that month by an attendee running for borough president.