‘A post-Roe strategy’: The next phase of the abortion fight has already begun

Abortion, Supreme Court
Save for Later
From The Left 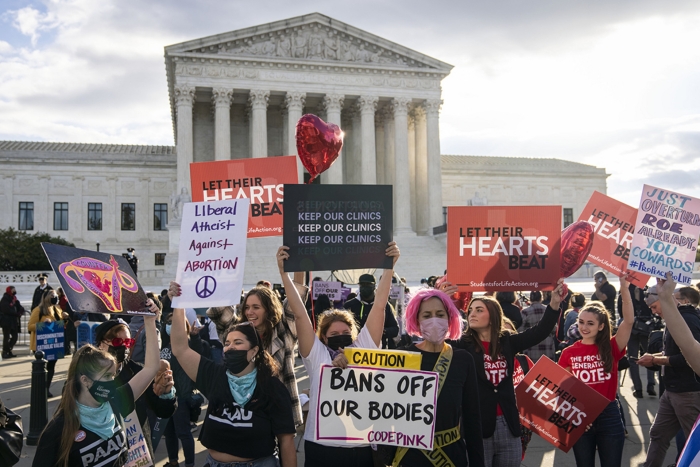 The Supreme Court on Wednesday will consider the half-century-old legal precedent guaranteeing the right to abortion. And while a decision isn’t expected to come until well into next year, activists on both sides of the fight are already mobilizing for a new reality, one where people in half the country must either leave their state to seek an abortion or surreptitiously end a pregnancy on their own.

The expectation from all corners is that the conservative supermajority of justices would not have agreed to consider a Mississippi law prohibiting abortion after 15 weeks unless they were ready to significantly pare down or completely overturn Roe v. Wade.

That’s set off an intense ground game, one which could radically reshape reproductive rights for millions of people.

Abortion rights groups are amassing millions in donations, recruiting volunteers to help people travel across state lines for the procedure, and developing a grey market to deliver abortion pills straight to patients’ doorsteps — even in states that have banned them.

Clinics in Democratic-controlled states are also staffing up, anticipating a flood of new patients from Republican-led states, which have been tightening access for years and are likely to waste little time in fully banning the procedure should Roe fall.