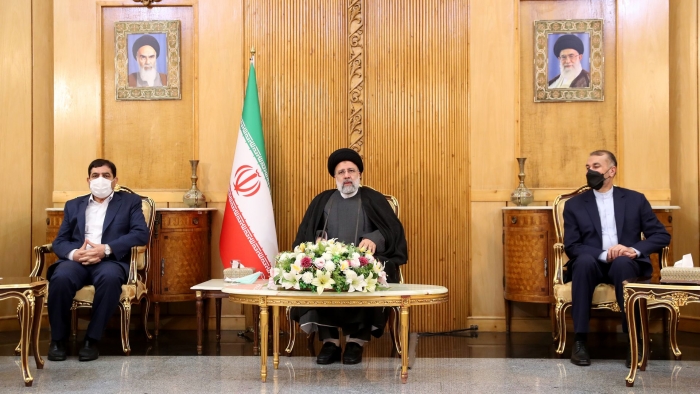 Israel has shared intelligence over the past two weeks with the U.S. and several European allies suggesting that Iran is taking technical steps to prepare to enrich uranium to 90% purity — the level needed to produce a nuclear weapon, two U.S. sources briefed on the issue tell me.

Why it matters: Enriching to 90% would bring Iran closer than ever to the nuclear threshold. The Israeli warnings come as nuclear talks resume in Vienna, with Iran returning to the negotiating table on Monday after a five-month hiatus.

State of play: Enrichment alone will not produce a bomb. Estimates vary as to how long it would take Iran to master the additional technological requirements, but U.S. and Israeli intelligence sources have put the timeline at one to two years.

Iran is already enriching uranium to 60%, far beyond the levels allowed under the 2015 nuclear deal that Donald Trump abandoned and President Biden is now attempting to salvage.

There is no civilian use for 90%-enriched uranium.